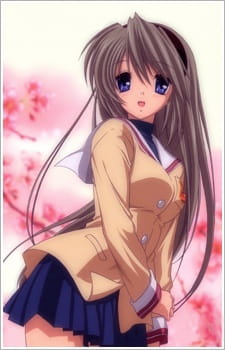 Clannad: Mou Hitotsu no Sekai, Tomoyo-hen is set in an alternate reality where Tomoya Okazaki dates his junior, Tomoyo Sakagami. Tomoyo has been elected to be the school's next Student Council President. This is great news as she can now work toward her goal of preventing the school's cherry blossom trees from being axed. Although Tomoya is ecstatic for her, given his reputation as a delinquent in school, his relationship with Tomoyo is making them the subject of gossip around the campus, which can potentially compromise her standing as Student Council President. The school community's disapproval of their relationship becomes more apparent when the Student Council's Vice-President and even the school's administration warn Tomoya to distance himself from Tomoyo. With the bad atmosphere widening the rift between Tomoya and Tomoyo, will Tomoya succumb to societal pressure and do as they say, or will their love for each other rise above it all? [Written by MAL Rewrite]